Breaking news: In order to cut down on travel time through the revolving door for President Obama’s outgoing and incoming team of  advisers, the White House is moving from 1600 Pennsylvania Avenue. Here’s the new location: 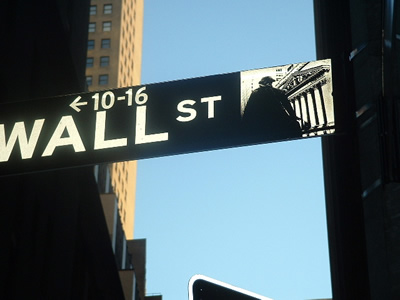 After serving as president of SBC Communications for more than two years, he joined New York-based JPMorgan, the second- biggest U.S. bank by assets, in 2004, serving as Midwest chairman and the bank’s head of corporate responsibility.”

“The administration is seeking to repair relations with the business community after coming under fire from industry groups, including the U.S. Chamber of Commerce. The nation’s biggest business lobbying group opposed Obama’s health-care and financial-regulatory overhauls and committed $75 million to political ads in the midterm congressional elections, mainly directed against Democrats.

…Obama is generating more optimism among corporate executives after a series of actions and overtures, including a deal to extend the Bush-era tax cuts, efforts to boost exports such as a U.S.-South Korea free-trade agreement, and a loosening of controls on some technology sales.”

Well isn’t that just wonderful. Makes me feel all warm inside.

Then there’s the search for someone to replace Larry Summers as head of the National Economic Council (NEC):

“…it seems that the shortlist to replace Larry Summers at the NEC has been whittled down to three men — Gene Sperling, Roger Altman, and Richard Levin…The…notable characteristic of the three is that they’re all multi-millionaires with close ties to Wall Street. None more than Altman, of course, who has his own bank. But Levin is on the board of American Express, which paid him $181,362 in 2009, and where he has shares and “share equivalent units” worth $539,000.”

That leaves Gene Sperling, currently one of Geithner’s underlings, and the person who is reportedly the leading candidate for the job:

“Goldman Sachs paid Sperling $887,727 for advice on its charitable giving. That made the bank his highest-paying employer. Even Geithner’s chief of staff Patterson, who was a full-time lobbyist at the firm, did not make as much as Sperling did on a part-time basis. Patterson reported earning $637,492 from Goldman Sachs [in 2008].”

“It is very hard to believe that Goldman Sachs wasn’t attempting to buy influence with a politically savvy economist who had good relations — and would later go to work for — the incoming Democratic administration.”

“…he has played key roles crafting the administration’s economic policies, most recently in forging Obama’s compromise with Republican leaders to extend the 2001 and 2003 income tax cuts.”