Before House Republicans left Washington for their August recess yesterday, Rep. Mike Pence handed out his 22-page plan for how Republicans can disseminate their propaganda get their message out to voters over the break.

Under the heading “Job Creation,” Republicans call the expiring tax cuts, set to lapse at the end of this year, a Democratic plan “on increasing taxes by $3.8 trillion.”

Job creation? If I were a Democratic strategerist, I would have every candidate carry a copy of this chart, and every time a Republican parroted how tax cuts create jobs, throw it in their face and say, ‘Really? What happened here?’. 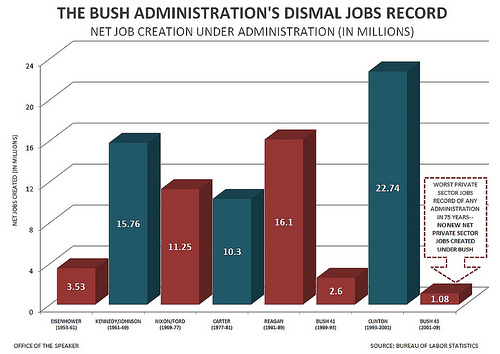 About the alleged Democratic plan to increase taxes–wrong again. If President Obama and the Democrats did nothing, if they extended none of the tax cuts (which isn’t going to happen, but for the sake of argument say it did) the tax increase would be a Republican tax hike, not a Democratic one. Republicans wrote the tax cut legislation, and a Republican president signed it into law—with an expiration date. Why? Because they had to pass the cuts through budget reconciliation and that required a little sleight of hand trickeration. Ezra Klein explains:

“In order to maximize the size of the cuts, Republicans had to minimize the influence of minority Democrats on the package. So they chose to run the bill through the reconciliation process.

But the plan was never to have the tax cuts expire. Instead, the idea was that people would get used to the new tax rates, and no future Congress would want to allow a big tax increase, so when the time came, either Republicans in office would extend the cuts or Republicans in the minority would hammer Democrats until they extended them.”

Which is exactly what they’re doing now. 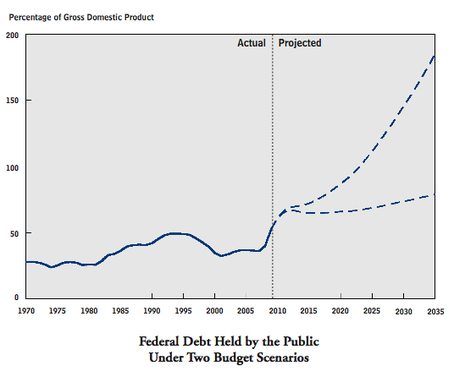